At lunchtime on Saturday, the crowd outside Norwich University’s Kreitzberg Arena resembled a scene you might see at an airport gate. Families were embracing, kissing, and offering words of support. There was a bit of nervous energy, a bit of eagerness. Most of all, there was pride: they’d come to cheer on their loved ones, who waved goodbye and headed inside to don caps and gowns.

At 2 p.m., CCV held its 51st commencement ceremony at the Shapiro Field House. Student speaker Trevor Farr acknowledged the challenges he and his classmates faced on their way to Saturday’s celebration. “There are graduates here today with learning disabilities, there are wives and moms raising kids, husbands and fathers attending college; more than likely there are graduates here today who are in their 60’s and 70’s. Not one person is more remarkable than the other—each and every one of you deserves to be where you are today.”

Farr and more than 500 fellow students earned associate degrees this year. The class represents every Vermont county as well as 11 other states and 15 other countries. The youngest graduate, Adrian Berry of CCV-Montpelier, is 17, and the oldest, Theodore Nykiel, also of the Montpelier center, is 73. The class also includes more than 60 veteran and military-connected graduates, and more than 60% are the first in their family to earn a college degree.

Farr said he took a leap of faith when he enrolled at CCV. He didn’t excel in high school, but after more than ten years in the workforce he wanted to return to the classroom; he called his decision a spontaneous one. “Now is not the time to stop being spontaneous,” he told classmates. “Each and every one of us needs to continue our journey. Keep climbing mountains. We must be the influence, the voice, the reason and the change we want to see in the world.”

President Joyce Judy officiated the ceremony. Echoing Farr, she acknowledged that getting to commencement day isn’t easy. “Coming to CCV, and staying the course to complete your degree, takes a tremendous amount of courage,” she said. “Joining a community full of differing opinions and experiences often requires that you stretch the boundaries of your comfort zone, but the result is often life-changing.” She encouraged graduates to celebrate their academic accomplishments, as well as those that are less tangible. “I’ve heard from many of you how much you value the different perspectives that animate your classes. You have said that actively engaging with new ideas, and new people, fosters empowerment and a greater sense of community. What’s more, you have formed a bond with the learning community you helped create at CCV, and it has been instrumental in your success.”

CCV welcomed Jen Kimmich, CEO of The Alchemist Brewery, as its keynote speaker. Kimmich told the class that her mother was one of CCV’s first graduates in the early 1970s. After a tumultuous youth, her mother had given up on her dream of going to college, until she was introduced to CCV. “Our journeys are not easy. Every one of us here today had to work hard and start new chapters to get here,” said Kimmich. “But, like my mother when she enrolled in her first class, and just like my husband John and I when we started our small business 16 years ago, each and every one of you made the decision to bet on yourselves. And, although your paths are all different, you chose to work hard, to keep working, and to open every door.”

Governor Phil Scott also addressed the Class of 2018. “Of all the graduations I attend, this is the one that is the most meaningful to me, because I know how hard each and every one of you worked to get here,” he said. “Juggling work and class, being a parent first and a student second, finding the time to fit education into a life already full of responsibility—this is the type of effort, the type of opportunity, that makes me so proud of the Community College of Vermont.”

Scott also urged graduates to stay active in their communities. “As you celebrate the achievement of this day, wherever tomorrow leads you, don’t stand on the sidelines. Become involved, whatever that may mean to you…Every day in this great state, normal citizens like you and me do extraordinary things.” 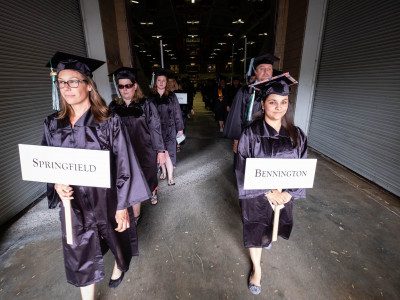 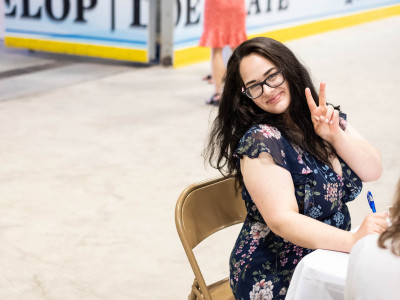 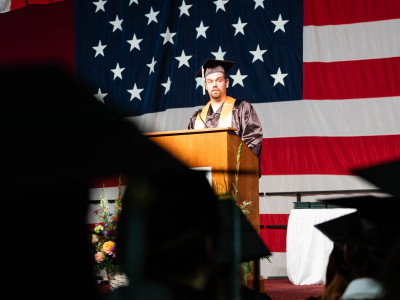 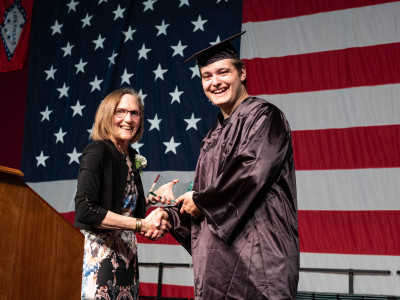 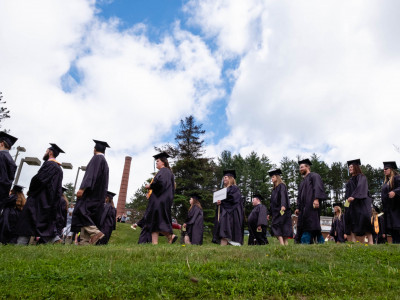 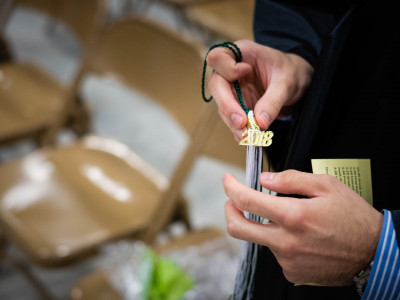 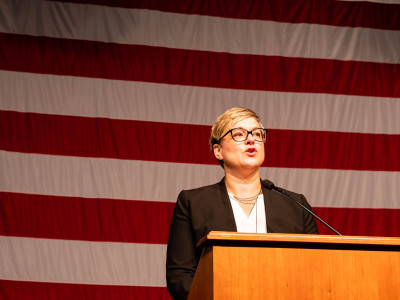 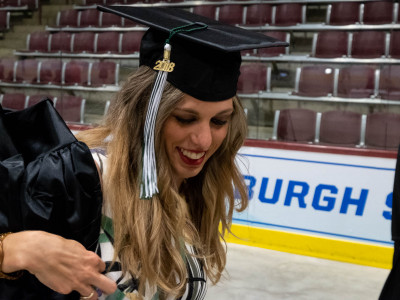 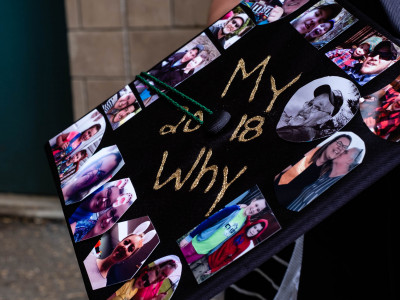 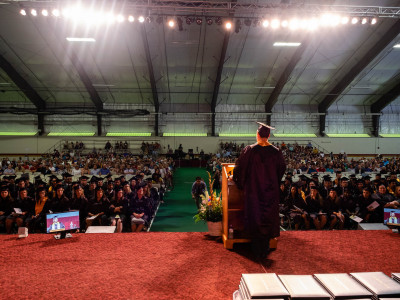 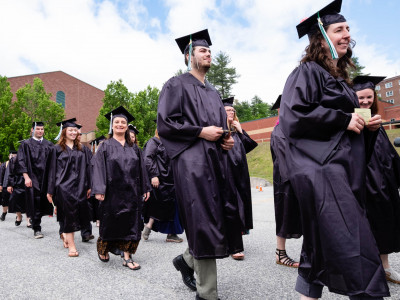 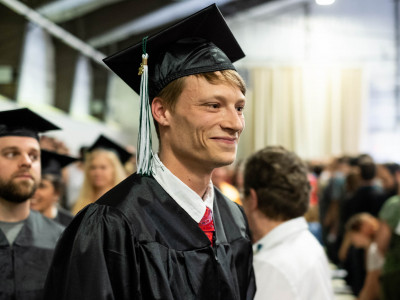 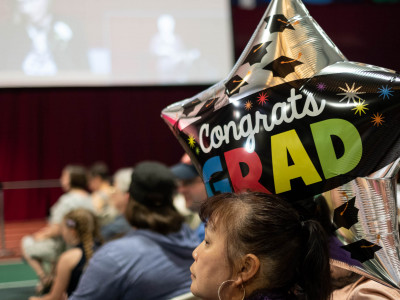 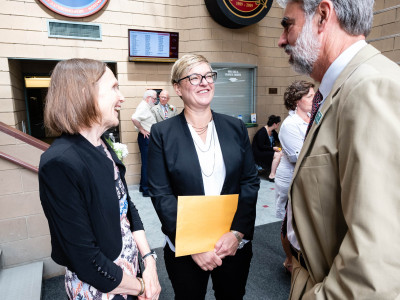 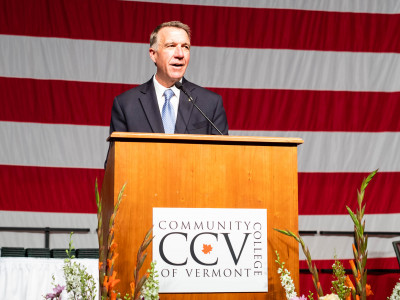 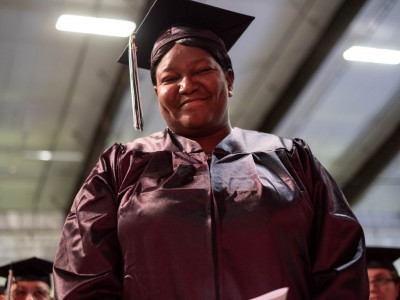 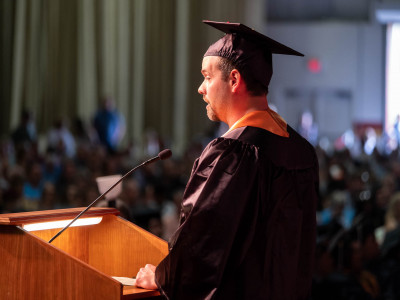 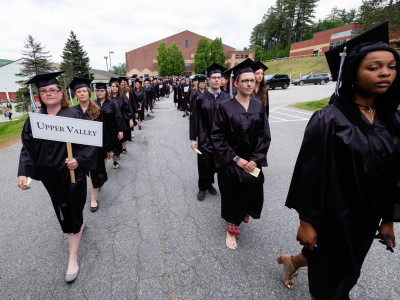 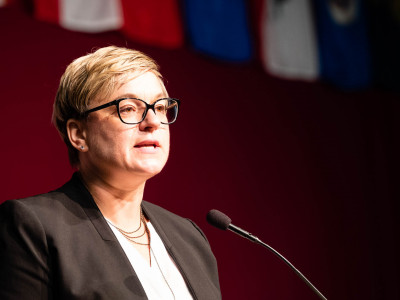 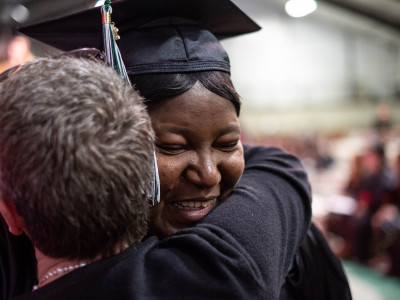 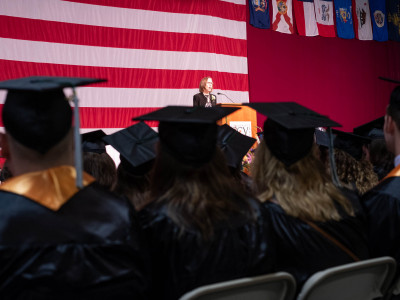 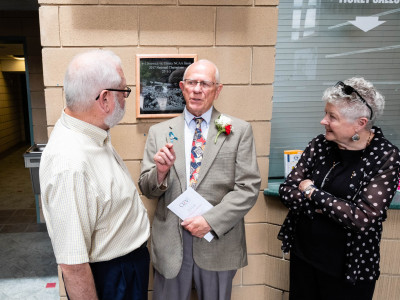 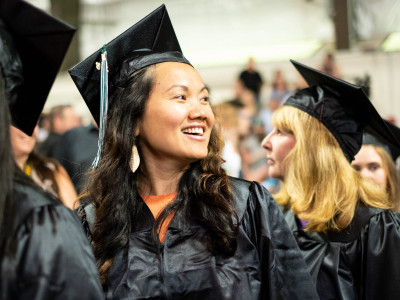 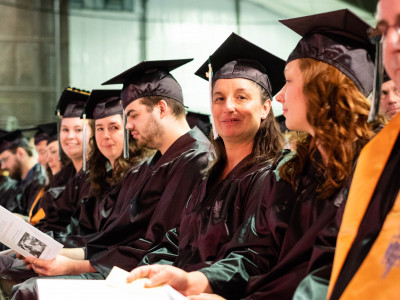 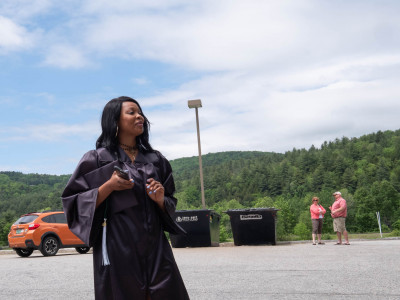 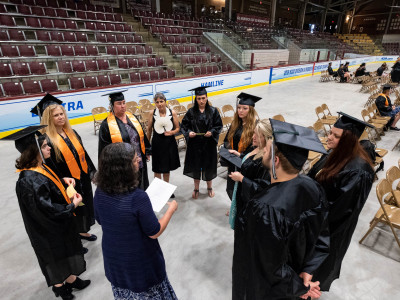 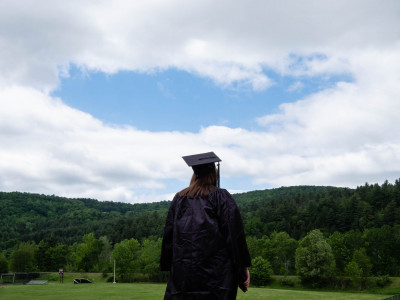 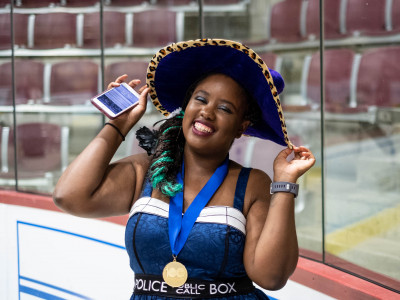 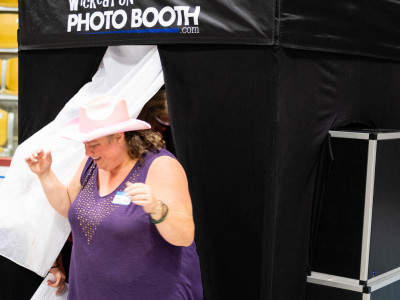 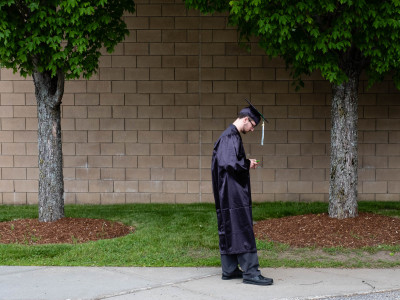 Thursday morning at Central Vermont Medical Center marked the start of a new journey for 18 of Vermont’s healthcare workers. CCV student Emily Davidson was there, dressed in purple scrubs. She’s been working in pediatrics as a licensed nursing assistant.
Read More

The Community College of Vermont (CCV) kicked off its 50th year today with a celebration at the Vermont State House.
Read More

Vickie Gratton used the Early Childhood Education Portfolio Scholarship to take Assessment of Prior Learning (APL), and came away from the one-semester course with an impressive 43 credits.
Read More